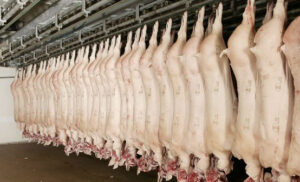 The United States are benefiting from the phase one trade deal with China in terms of pork exports, despite an ongoing political dispute between the two nations.Data from China Customs show that the country imported 1.68 million tonnes of pork in the first 5 months of 2020, which 156% more than a year earlier. The US was the biggest source of the imports, that stood at 333,445 tonnes, followed by Spain (300,136 tonnes) and Germany (239,637 tonnes).

Source: PigProgress – US tops pork exporters to China despite dispute